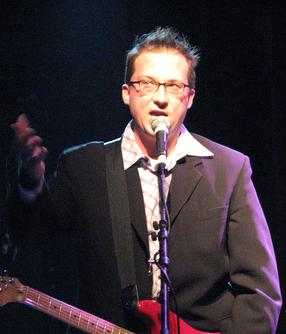 the politics of ska

Steve Sanders, leader of Skaliticians has been playing in bands since 1989.​

Always leaning toward social commentary and political activism, the songs of Skaliticians speak to the imbalance of power. It is a great time to revive this music, and even though this collection of songs was written during presidential election years that span two decades, the criticisms remain the same - many of those who seek office and those who fund their campaigns profit by dividing us. They oppose those who are different from them, and they tilt the balance of power to favor the corporations who force feed us with mountains of endless garbage.

The craziness of each election inspired more songs, and even though I began writing Politics of Ska in 2008, I finished it this past February, 2016, the theme remains constant. The craziness has continued.

San Diego is the scene for Skaliticians 2.0.

Steve's other projects include: